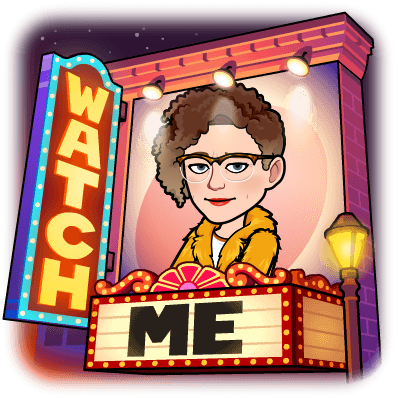 Last month we took E, 7, and M, 4, to their first movie in the theatre. We’ve offered to take E many times in the last 3 years, but his anxiety around new experiences and fear that the movie would have unexpected scary parts have always stopped him from going. Finally, we found out that the Lego Movie 2 was coming out the week after his birthday and thought this was our opportunity to take our family to the movies. He agreed excitedly right away as he’d already seen the first Lego Movie, so some fear of unexpected scary parts was dispelled. About a week before the movie date, my husband and I made a plan about what time, what theater, etc. and we sat down to talk to the kids about our plan. “So, on Saturday we will take the bus to see the Lego movie at 2:40 -” 😭😫😖😤🤯😵😡😠 and E LOST IT! He had a tantrum and was screaming about how he wasn’t going and he had to go on the very day it came out or not at all. Enter my husband and I trying to rationally explain how that timing wouldn’t work for us and why we had chosen the date and time we had … FOOLS. Of course he can’t listen to us when he’s wound up like that, but we so easily forget, even though this is a regular occurence. We shelved the conversation until the next day. The next morning (generally a calm time for E) when I mentioned the movie, E whined a little but managed to articulate how he was feeling, “I’m just upset because people are supposed to go to the movies at night.” OH! Of course that’s what he thinks. Any time my husband or I go to a movie it is at night and the kids stay with a babysitter. Once I understood where his meltdown had come from I could calmly explain that many people, especially families with young kids, go to the movies in the afternoon and he totally accepted it. He just didn’t know that movies happened in the day. I don’t know if he thought we were fooled and going to take him to an empty theater or what went through his mind the day before, but he just could not get past it. On this day he also decided that he would bring a stuffie to hug if he got scared and we all felt good about the outing. The day of the movie came and we were all set. We had laid out clear expectations for the kids about what treats we would get (a large popcorn and large candy to share, no drinks), how long it would take to get there, and that there would be commercials and previews before the movie. We were feeling good about the amount of front loading we had done and that we had set ourselves up for success. But nothing is ever that simple is it? Not for us. On the 3 block walk from our apartment to the bus stop E realized he had forgotten to bring a stuffie to hold 🤦🏻‍♀️ and the wheels came right off the whole operation! Screaming, tugging on our jackets, running away from us to go back home, refusing to cross the street with us. We didn’t have time to go back to get it so we kept going with our beautiful, wild boy freaking out behind us, me trying to display a calm face, while my heart beat increased and my throat felt like it was closing up from stress. I am fortunate that my husband is usually the one who deals with E in these instances. He is much taller than me and capable of carrying him out of a situation if needed. Also, E tends to go after me and M when he’s freaking out, so I take the role of protecting M and myself while my husband tries to calm down E. The anxiety and screaming continued while we waited at the bus stop and finally I said “one of us can take you home, but you will not have another chance to see this movie! The tickets are paid for and we want to have a nice time as a family!” I was not yelling but I was stern. Once we got on the bus it was fine, but that beginning 15 minutes of our outing almost did us in. The rest of the time was totally fine and you would never have known E had thrown a huge fit. All 4 of us enjoyed the movie and it was magical to watch my kids experience the movie theatre for the first time. This was a very successful outing for us. And yet it still took tons of effort to get us there. I imagine other families, not affected by ASD, spontaneously saying “let’s go to the movies today,” as we often did when I was young, and going and having a nice time with minimal fuss. I know life with kids is really not that perfect, ASD or not, but I get bogged down sometimes just thinking about the additional effort we have to put in. It is exhausting, even when things go well. And I think that’s just our life for awhile. Not good or bad, just what it is.

One thought on “Reel life”